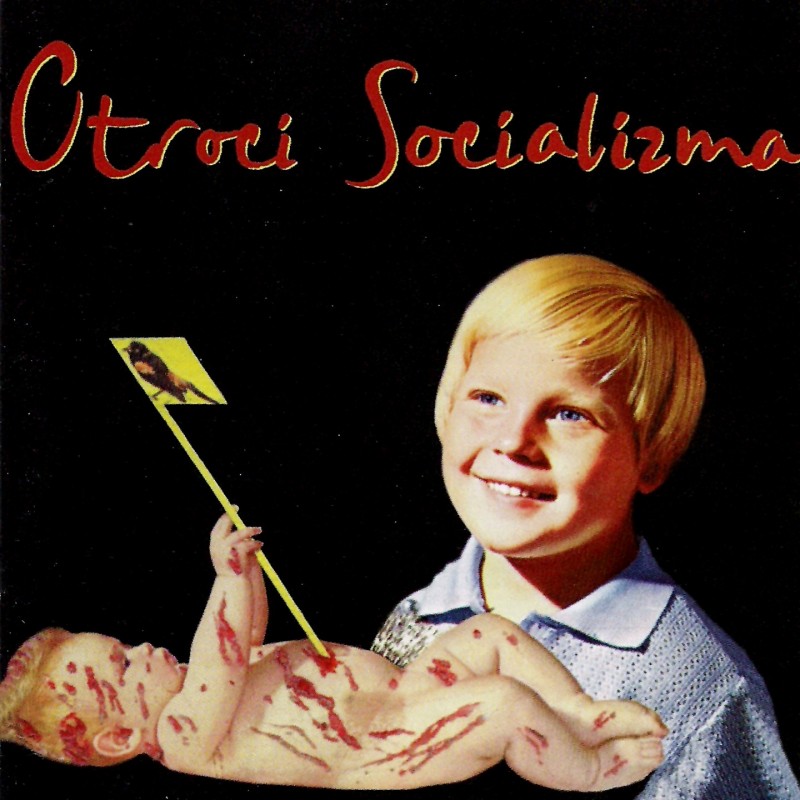 Album for the first time in vinyl form

Otroci socializma (Children of socializem), a punk group, was formed as a trio without a vocalist in 1981, the first year that Yugoslavia was without Tito. They were later joined a few months later by an important missing member, Brane Bitenc, the band's protagonist with recognizable, recitative vocals and author of sensitive, expressive lyrics that critically reflected society and tapped politics with popular songs: '700 Leather Bags'. ‘Change my head’, ‘Soldier’, ‘Pay him a look, Brane’.

Roman Dečman on drums, Andrej Štritof on bass and guitarist Darko Bolha also found themselves in the original line-up (in addition to Brane Bitenc, who previously sang in the Berlin Wall).

In 1982, Otroci socializma performed on New Rock, which was still broadcast on Radio Ljubljana at the time. In the same year, the Škuc Publishing House released an EP in the form of a cassette with a total circulation of 200 copies. Due to the provocative nature of the lyrics, the members of the band signed the first official record with their initials instead of their full names. On the stage of New Rock (1982), the Children of Socialism shared the stage with the groups Grupa 92, Laibach, O !, Kult and Kugo. Brane Bitenc was not a typical rocker, he performed on the stage of New Rock for the first half hour with his back to the audience, he was an introverted poet who spreads socially critical sermons with provocative lyrics.

Otroci socializma released the only studio album in 1986, which collected all the works in the form of a cassette called Blood. The band disbanded after the release of the album. In 1998, 12 years after the break-up of the band, Dallas Records released the album Children of Socialism on CD, which, in addition to the original studio recordings, also contained three concert recordings from New Rock (82). For the first time in history, a red vinyl album was released in 2021 on Dallas Records.

Free product exchange or full refund within 14 days of purchase.

Every delivery has a tracking code.