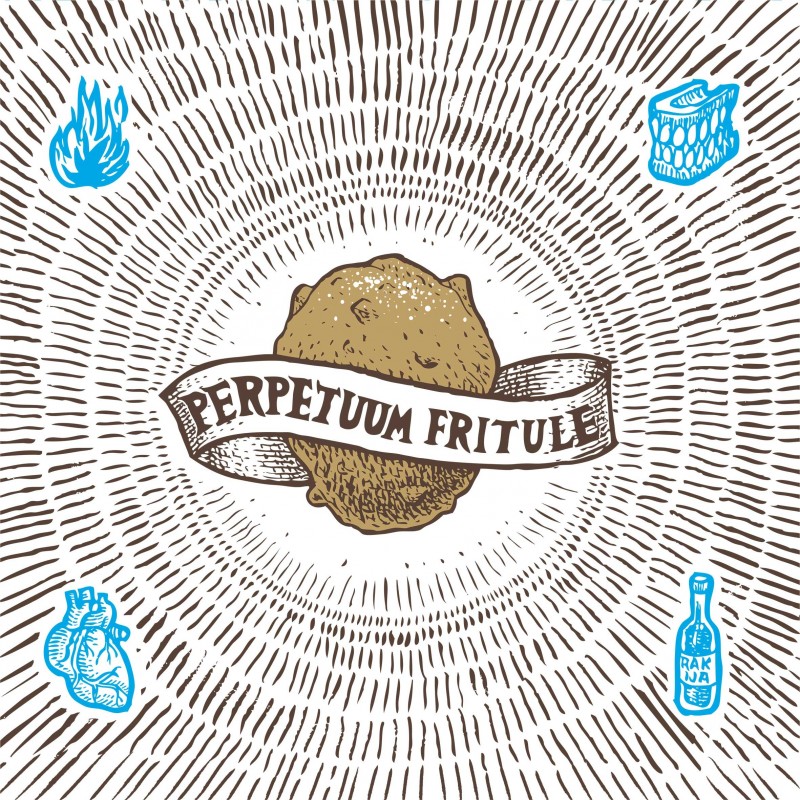 Perpetuum Fritule was originally released in 2010 as a single and double album, with the double CD release containing the entire recording of the legendary ‘unplugged’ concert, which took place on November 7, 2009 in Zagreb's club Močvara. Ten years after the original release, this cult album was released as an enriched double vinyl and at the same time the first LP album ever released by TBF. Due to format limitations, the album features 17 of the 21 originally released songs; among them the unforgettable hits 'Fantastična', 'Guzice i sise', 'Alles gut', 'Nostalgična', 'Genije’, ‘Smak svita’ and others. The importance of the album was also recognized by the public and in 2011 it was awarded the Porin Award for Best Live Album and Artistic Design.