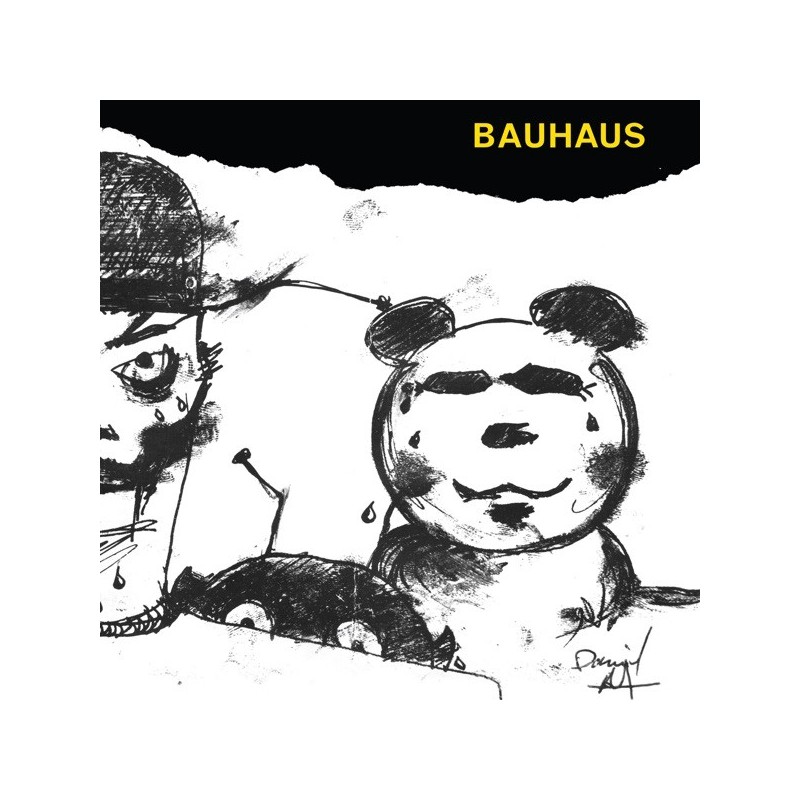 Bauhaus is an English rock band formed in 1978 in Northampton. Originally called Bauhaus 1919, the name was inspired after the first year of operation of the avant-garde German school of architecture and design Bauhaus. The band is considered one of the pioneers of gothic rock, but in their music we can also find mixtures of post-punk, glam rock, psychedelia, funk and dub.

On second studio album Mask the musicians upgraded their original musical style. The song ‘The Passion of Lovers’ included keyboards and acoustic guitar, while ‘Kick in the Eye’, ‘Dancing’ and ‘In Fear of Fear’ featured saxophone and funk rhythms.

Among other things, Mask is included in the book ‘1001 Albums You Must Hear Before You Die’.

The album was released by Beggars Banquet Records and is available in vinyl format.

A1 Hair Of The Dog

A2 Passion Of Lovers

A3 Of Lillies And Remains

B2 In Fear Of Fear

B3 Muscle In Plastic

B4 The Man With The X-Ray Eyes